Cari amici, dear friends of Lake Como, relaxing with a cocktail on the beautiful Lake of Como, why not? Maybe Winston Churchill had the same idea when he spent his well-deserved holiday in the small, picturesque village of Moltrasio on Lake Como.

He stayed there in September 1945, shortly after World War II and his retirement as Prime Minister.

He was so fascinated by the panoramas and scenery of Lake Como that he sat for hours on the bank painting the landscape around him.

Because Churchill was not only a great statesman but also a great connoisseur, who appreciated a good drink, it is to be assumed that he allowed himself one or two glasses in doing so. 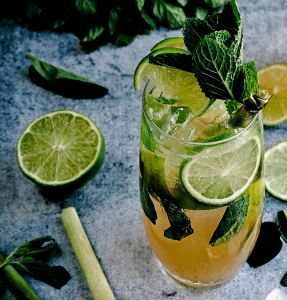 His favorite cocktail was created by a London bartender and is narrated as follows:

Shake the ingredients with ice cubes and give it in a precooled glass. Garnish with a lime zest.