Cari amici, dear Lake Como friends! I am always very impressed by the nostalgic ships of Lake Como, such as the Milano for example. They fit much better with the flair of the traditional places and villas, than the modern, but very unromantic speedboats.

A Good Plan – the Rescue of the Plinio 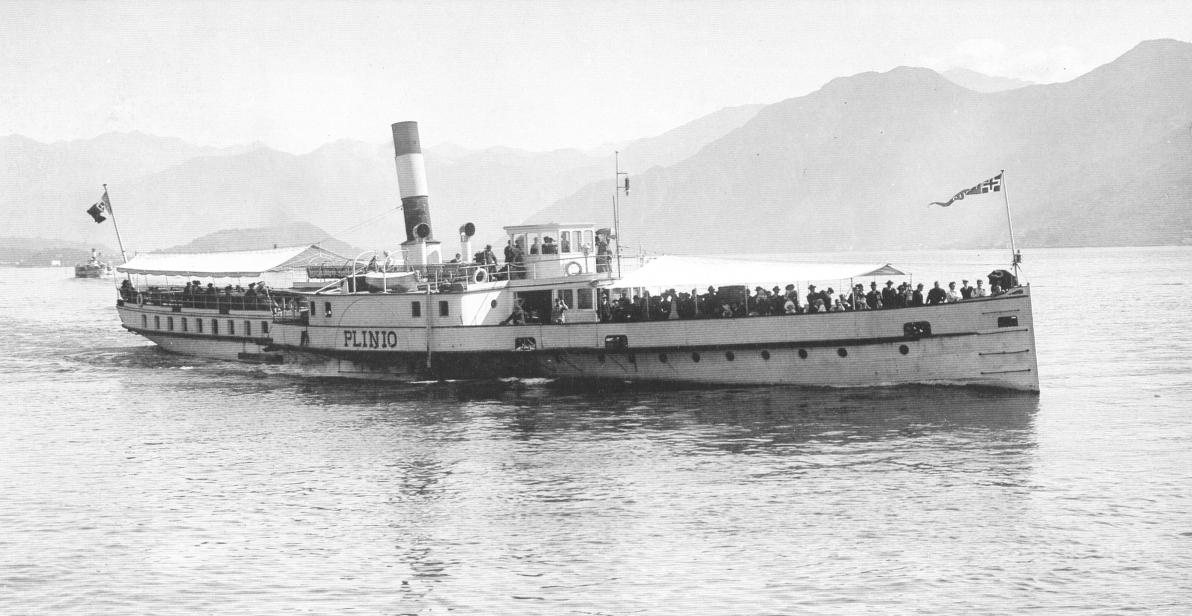 That’s why I was very happy when I learned a few years ago that the Amici del Plinio Association wanted to save the old paddle steamer Plinio.

The ship was to be restored and then to lead the visitors as a museum ship back to the time of its origin.

The proud 750-passenger ship with its impressive wheel arch, the tall slender chimney and the oak and mahogany paneled salon, whose floor lay below the waterline, would be a worthy and worth seeing cultural monument.

At first this plan seemed to be successful

At the beginning of August 2008, the Plinio was incorporated into Lombardy’s regional heritage and landscape management known as the „Code of Cultural Heritage and Landscape“. 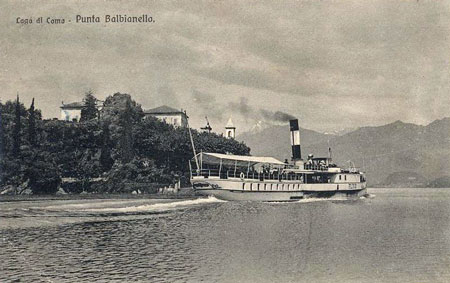 In May 1927, the Plinio escorted together with the steamer 28. Ottobre the Italian King Victor Emanuel III. who enjoyed a Lake Como cruise on the Savoia.

A few years later, the Plinio won a „Blue Ribbon“ at a speed competition. She competed with the Como – Bellagio bus route and won. As the 1995 deceased captain Caminada reported: „With a load of highest quality coal and maximum steam in the boilers“.

Before the competition, it was of course ensured that the bus could pass through without unforeseen obstacles.

For Caminada, the Plinio was the most beautiful and fastest ship in the Larian fleet.

The Tragedy of the Piroscafo Plinio

In 1973, the managing director of the Navigazione, Pietro Santini, decided by a very controversial decision to sell the Plinio. The steamer was bought by the Nautical Center Alto Lario in Colico. After the engine and boilers were dismantled and sold, the beautiful ship served as a breakwater in the new port of Colico.

Subsequently, it was used as a restaurant, pub and Gelateria. But these business ideas proved unsuccessful. That’s why the Plinio was sold in 1998 to the Hotel La Barcaccia in Verceia on Lake Mezzola. 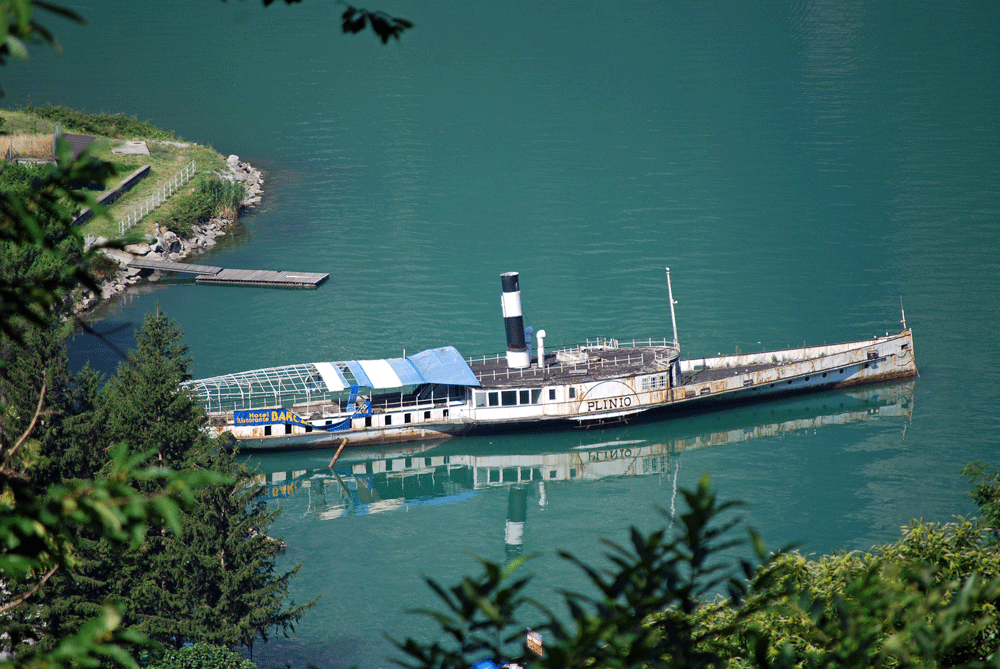 In 1999, the steamer was towed from Lake Como through the river Mera to Lake Mezzola, where it also served as a restaurant.

Also this project ended as a failure. Two years after the Amici del Plinio obtained the Lombardy cultural heritage, the final tragedy occurred.

During a big storm on the 8th of December 2010, the ropes broke, and the once so proud ship sank into Lake Mezzola.

Initially there were efforts by the Amici del Plinio to lift the ship. However, you have not heard of these plans lately.

The Plinio is now surrounded by the mysterious aura of all sunken ships.