Riva Boats – a Status Symbol not only on Lake Como 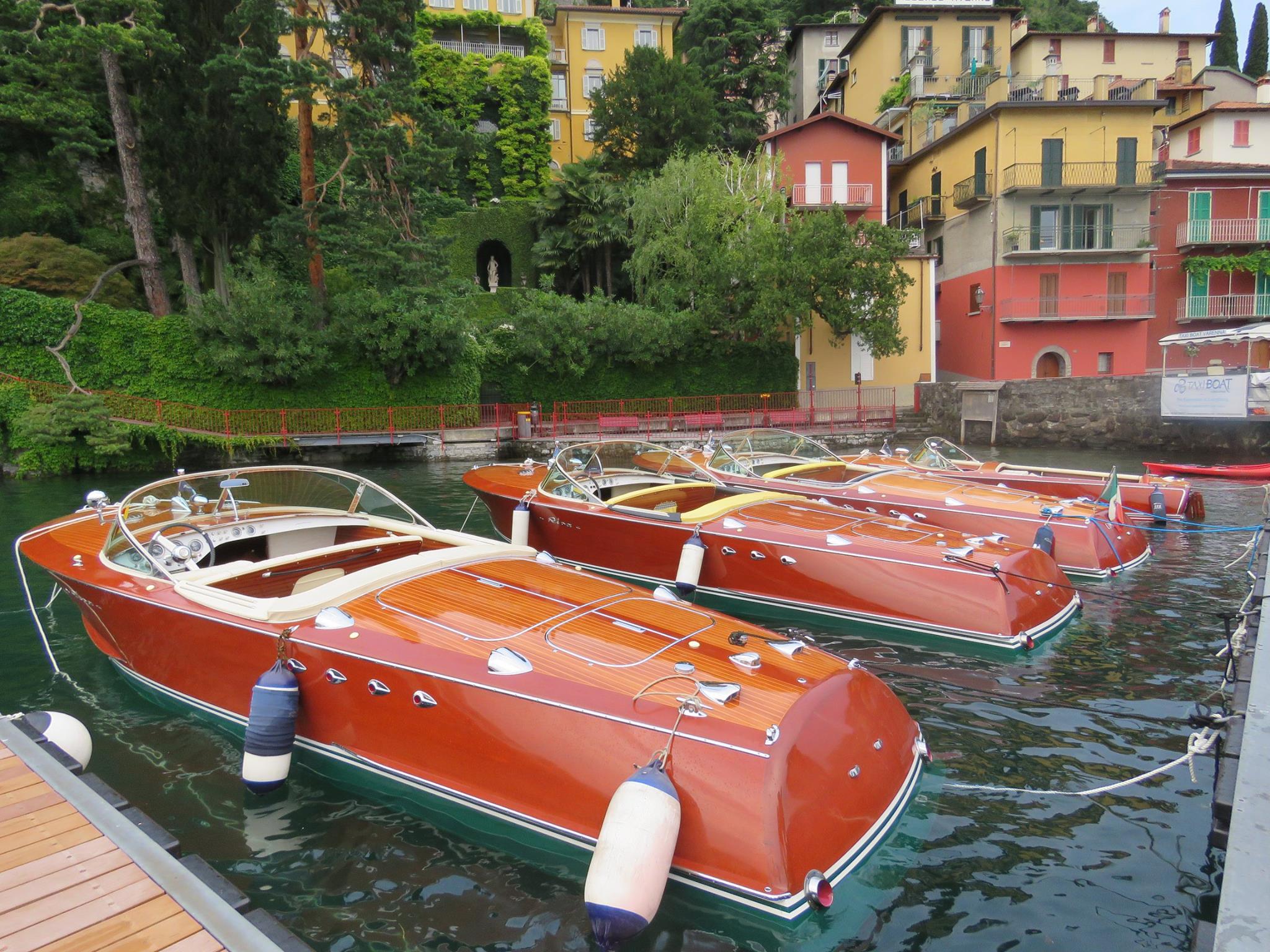 In 1842, a young, skilful and diligent shipbuilder from Laglio on Lake Como was involved in the development of these boats.

The History of the Riva boats

After a heavy storm that raged on Lake Iseo in 1842, the history of Riva boats began. The storm destroyed almost all fishing boats in the village of Sarnico. The fishermen would have faced total ruin if they had not been helped by a young shipbuilder named Pietro Riva.

Pietro came from Laglio on Lake Como and did not live on Lake Iseo for long. He repaired the boats professionally and quickly gained the trust of the fishermen. With his great craftsmanship and energy, Pietro Riva laid the foundation stone for a company that would one day become world-famous.

After the First World War, Pietro’s grandson Serafino Riva took over the company. Under his leadership, the previous production of fishing and transport boats was extended to racing boats, which were unique at that time.

The Riva shipyard became a real brand, gaining fame beyond the borders of Italy. Many records were achieved by Riva boats in national and international competitions between 1920 and 1930. Serafino himself participated very successfully in many races.

A Myth is Born 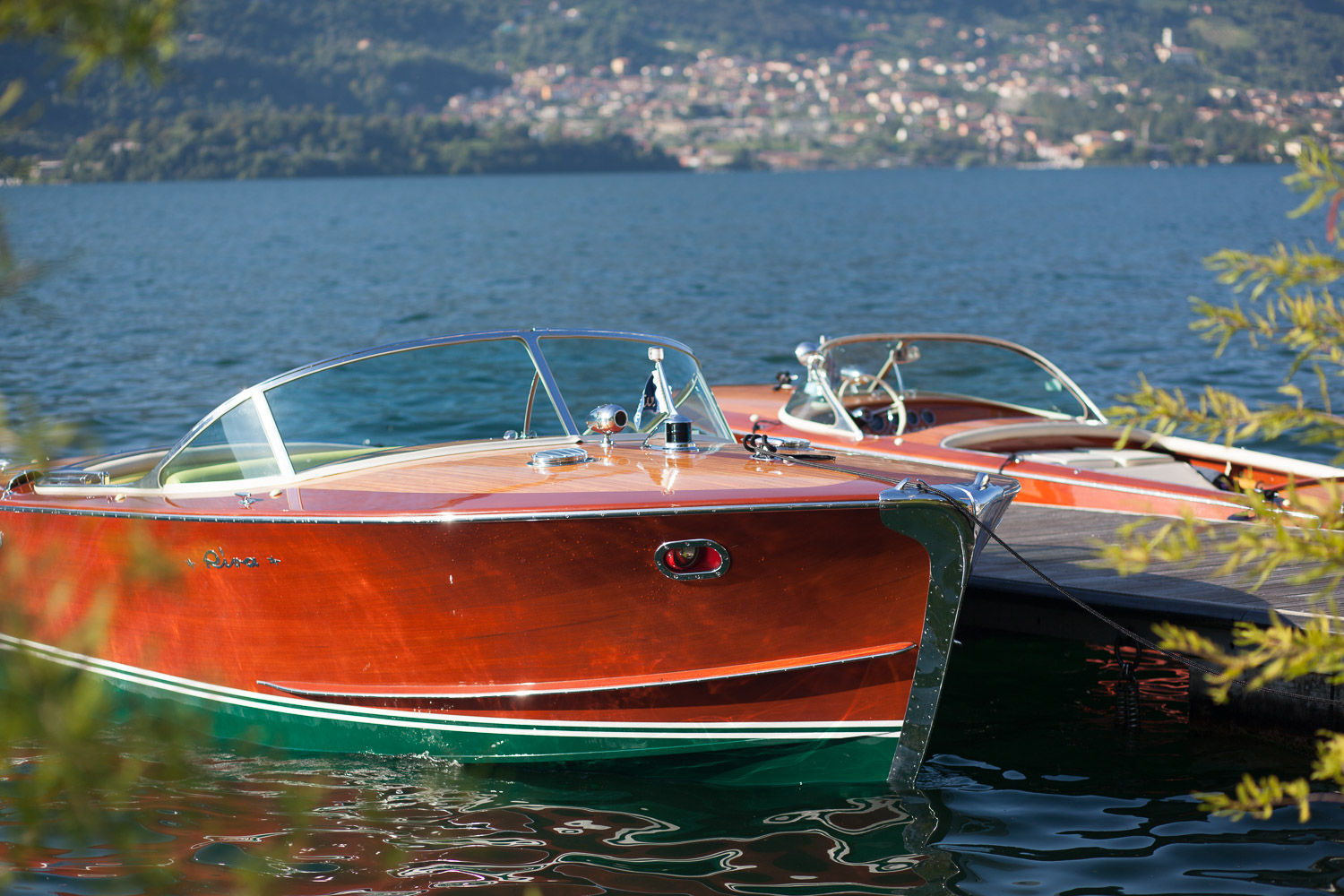 In 1949 Pietro’s great-grandson Carlo Riva took over the boatyard. He ran the company with the same passion as his ancestors.

Carlo had the idea to build an elegant speedboat with luxurious equipment. He differed from the previous business model of his father, who had built custom-made boats by order, and began a series production of elegant, luxurious speedboats.

The noble, deep red mahogany wood from which the boats were built was provided with approx. 20 layers of lacquer. This procedure gave the Rivas their inimitable shine and was at the same time a protection from the wet element.

Also the interior left nothing to be desired by its demanding and wealthy customers. Of course, these included leather seats, lots of chrome, which glittered particularly beautiful in the southern sun. All fittings, moldings, the border of the Plexiglas panorama glass and the Riva lettering were made of it.
Of course, there was also an area for sunbathing on the slender designed rear.

By 1996, approximately 4,200 of the elegant, classic Riva mahogany boats were produced. There was a total of 9 models which had all sounding names, such as Ariston, Tritone or Florida.

In 1962, the world-famous Aquarama was introduced, reflecting the overall quality and value of the Riva boats. The last Aquarama was built in 1996. 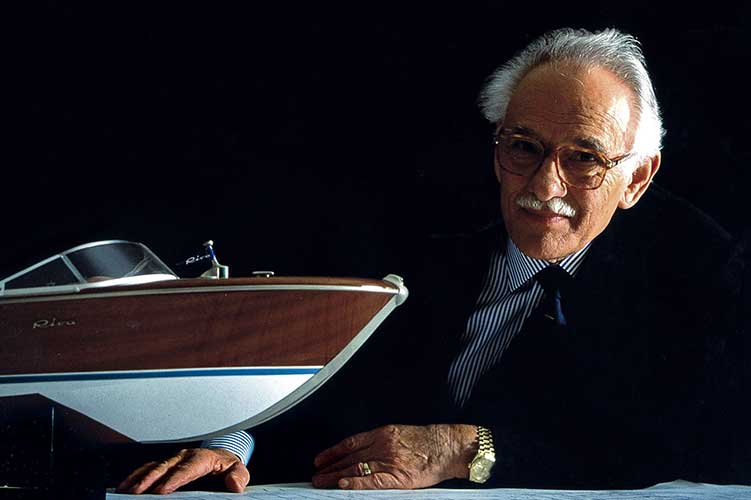 Under Carlo Riva, the Riva brand gained an international reputation. The gifted boat builder, called „l’ingegner“ (the engineer), died 2017 on April 10th, at the age of 95 in Sarnico on Lake Iseo, where it all began. But many of his wonderful boats live on.

Riva – Expensive Toy of the Rich and the Beautiful

For the jet set members and stars of the old Hollywood, the Riva boats were a must have in the 50s and 60s. For example: Gunther Sachs, Richard Burton, Liz Taylor, Aga Khan and Brigitte Bardot owned a Riva.

The Bardot received her Riva Super Florida as a gift from her ex-husband Roger Vadim, with whom she still got along well despite the divorce.

She named the beautiful boat „Nounours“ and was often seen with it on the coast of St. Tropez. It was auctioned at a Sotheby’s auction on Lake Como in 2015.

Today about half of the classic Rivas built at that time still exist. With one of these boats, of course with an Aquarama, George Clooney can sometimes be seen roaring across Lake Como. 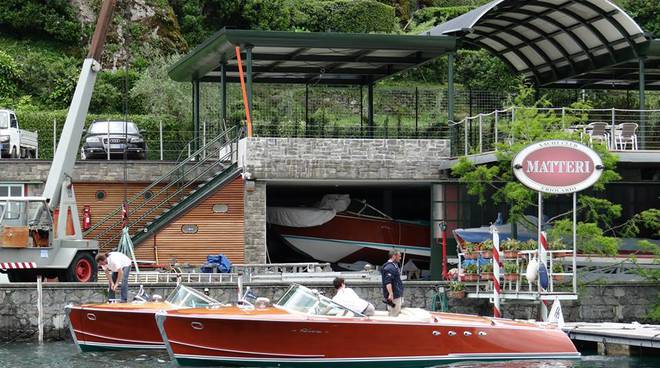 However, many of these classic boats have to be restored. And this is where the traditional shipyard of Erio Matteri from Lezzeno on Lake Como comes in. It is considered one of the best addresses worldwide for the restoration of old Riva boats.

The Rivas in need of repair come by van, train or plane from all countries and sometimes even from the other end of the world, from Australia.

A true to original restored or well-preserved Riva can today be worth up to € 600.000, depending on the model.

This is a little too expensive for you? Honestly, for me too. But you can rent a Riva boat including a nice skipper at some of the boat rentals on Lake Como.

Allora amici, I think I’ll treat myself to this luxury for an afternoon.