Cari amici, dear Lake Como friends! The only island in Lake Como, the Isola Comacina, is considered one of the most interesting archaeological sites of the early Middle Ages in northern Italy.

How to Reach Isola Comacina

The island is located near the western shore of Lake Como, opposite the towns of Ossuccio and Sala Comacina. You can reach it by boat from Menaggio.

Also from Ossuccio boats will take you to the island via the so-called Zoca de l’oli. The jetty is near the Antiquarium Museum and the Church of St. Mary Magdalene, with its famous square tower.

Here, in the narrow space between the shore of Ossuccio and the shore of Isola Comacina, hid and camouflaged the Navigazione Lago di Como its ships from the enemy planes during World War II.

The History of the Island

In Roman times Isola Comacina was called Cristopolis and was a kind of military base on Lake Como. In the year 569 Milan had to capitulate after armed conflicts. The small island served as a refuge for some of the rich citizens of Milan and Como.

Within a short time, several residential buildings and churches were built on the island. The Isola Comacina developed not only into a political, religious centre on Lake Como, but als in a centre of arts and crafts.

The term Magistri Comacini is well known in connection with handicrafts. It was an association of particularly talented, privileged building craftsmen and architects who lived on Lake Como. Because of their craftsmanship, they received commissions from all over Northern Italy and even from countries beyond the Alps.

During the 10-year war that Milan waged against Como, Isola Comacina was allied with Milan. Como was defeated in 1127.

But Emperor Barbarossa rebuilt the destroyed Como and made sure that the good times of Isola Comacina ended abruptly in 1169. Together with the municipalities of Gravedona, Dongo and Sorico, the Comascer invaded the island. 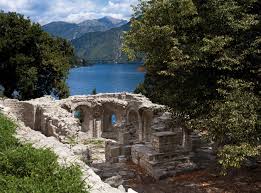 All the buildings, except one church, were destroyed and many of the inhabitants died in the attack. Some of the survivors found refuge in communities on the eastern shore of Lake Como.

In a decree of 1175, Emperor Barbarossa forbade the reconstruction of Isola Comacina. Bishop Vidulfo of Como also cursed the island:

Citation: „The bells will not ring anymore,
no stone will be put upon stone,
no one will ever host again someone on the island or he will die a violent death.“

For centuries the island remained uninhabited and was left to its own devices although it changed hands several times. It was finally donated to the Belgian King Albert I. in 1914. Belgium had declared its solidarity with Italy at the beginning of World War I. In 1920 the Belgian king returned Isola Comacina to the Italian state.

The Antiquarium Museum in Ossuccio

Thanks to many excavations on Isola Comacina, carried out by the scientists Ugo Monneret de Villard and Luigi Mario Belloni, you can admire today many interesting artefacts in the Antiquarium Museum in Ossuccio. It is located near the aforementioned church of St. Mary Magdalene with its unusual tower.

In the Antiquarium Museum you will also find a Visitor Center with conference and sanitary rooms, a bookshop and multimedia facilities.

On display are the crypt and the double apse of the Basilica St. Euphemia’s . There are also wall frescoes and mosaic fragments from early Christian times as well as remains of Roman marble columns that have been preserved under the church of St. John. 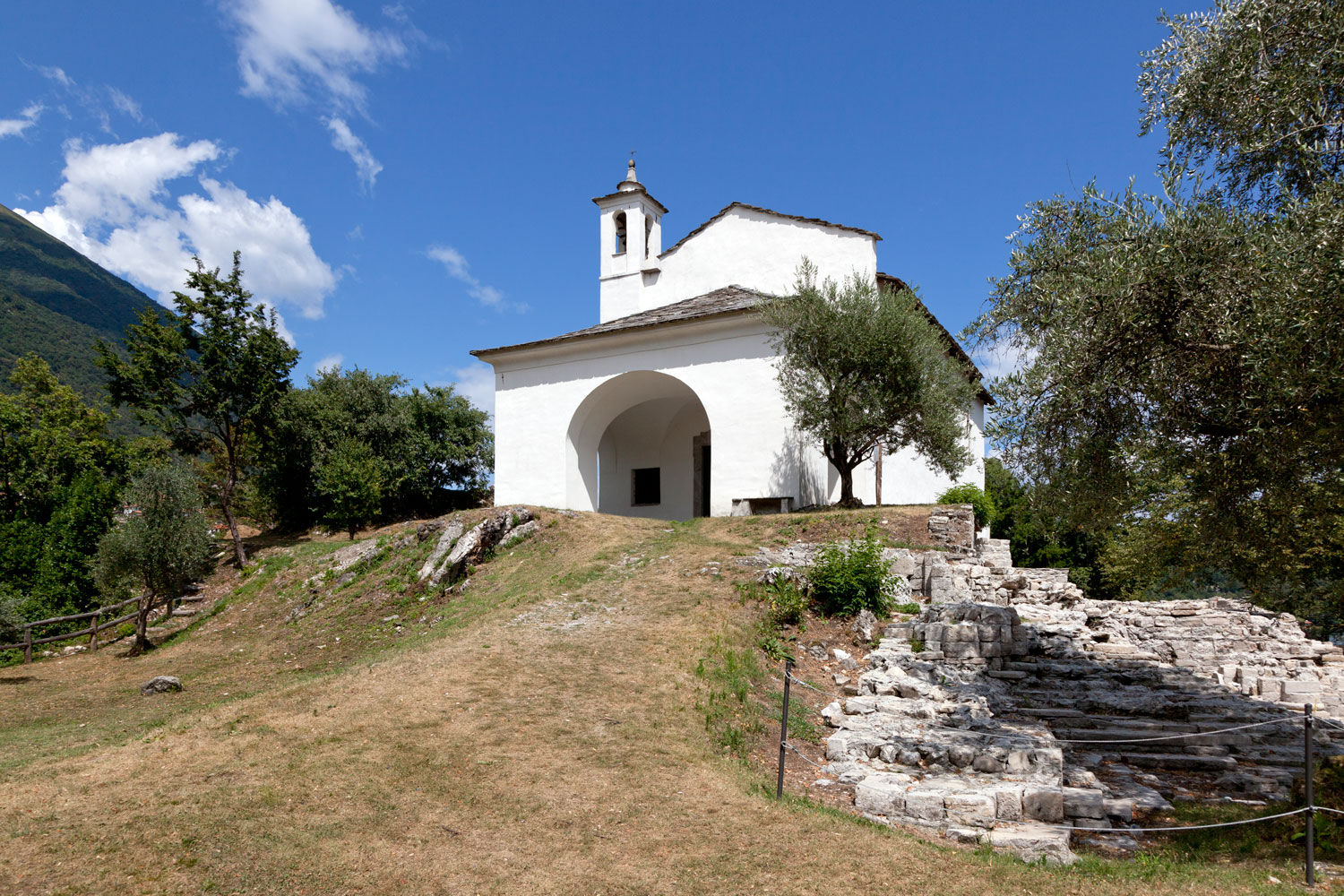 The island is about 600 meters long and 150 meters wide. The itinerary lasts about half an hour and takes you past the small Romanesque church S.Giovanni.

There is also a restaurant on the island, La Locanda dell’Isola Comacina, which has also a very interesting history. In this restaurant the same menu has been served since 1947.

A highlight on the Isola is every year in June the traditional festival of San Giovanni, which is celebrated with a solemn ship procession and traditional fireworks.

Well amici, this was the most important information about the Isola Comacina in Lake Como. If you liked this little excursion into the history of the island, don’t hesitate – just go there.