The Forgotten Luxury Hotel in Bellagio on Lake Como

Cari amici, dear Lake Como friends, everyone knows Bellagio, the pearl of Lake Como. Particularly in the 18th and 19th century this village with its cozy pergolas, steep alleys and luxurious hotels was a popular destination for the Hautevolee.

One of the first, most magnificent and modern houses of that time was the Hotel Grand Bretagne, 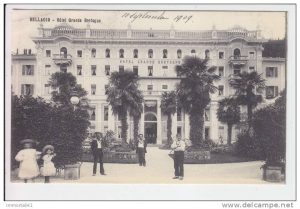 which still dominates the water front of Bellagio.
Unfortunately, the once magnificent, but since a long time slowly decaying facade of the former luxury hotel is meanwhile a flaw.

As a consequence loses Bellagio, the pearl of Lake Como, some of its splendor. But the building has also seen quite different times.

The History of a Luxury Hotel

In 1860 the construction of the Hotel Grand Bretagne was in progress. The grand opening was in 1873. The luxury hotel had available 170 beds and was glamorously furnished. It offered every at hat time imaginable comfort to the guests. 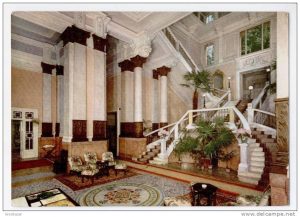 For example, there was a hydropower operated elevator. The technology for this lift was placed in a tower which is to date standing on the promenade.

The Grand Bretagne was the first hotel on Lake Como to have gas lanterns illuminating the large park and the street in front of the building.
At the beginning of the 1930s the hotel opened the Casino Folies du Lac. Since 1949 the Grand Bretagne also housed an internationally renowned hotel school.

However, when the hotel was taken over by the Region Lombardia in 1972, it was closed immediately and after a few years the luxurious interior was completely removed. Finally,in 1992 the hotel school was closed. Afterwards, the building, which had once been so magnificent, was empty, and fell into disrepair. 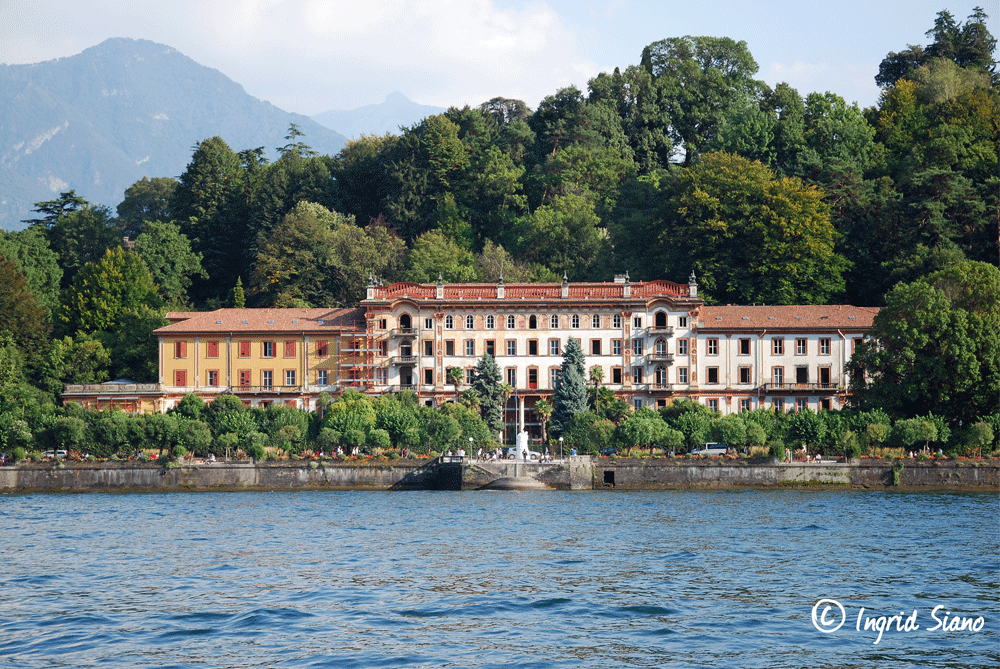 In the year 2000 the Region Lombardia auctioned the Hotel Grand Bretagne for 16.8 billion lire. Since then, there are plans to give this beautiful building its old glory back.

Although many years passes by there is not much to be seen. At times, scaffolding stands in front of it and a part of the facade is painted. But this work is consistently interrupted. As a result, the Grand Bretagne continues to deteriorate , offering a sad sight, especially from close range.

For this reason, the Region Lombardia or the city administration of Bellagio should prompt the current owner leastwise to repair the facade of the former luxuryhotel.

For me, it would be even better if one would completely renovate the Grand Bretagne and bring it back to life.

How wonderful would it be to sit at the „blue hour“ on the terrace of this extraordinary hotel, sipping a cocktail and enjoying the fantastic view of Lake Como?

Location for a Detective Story

My advice:
The old, deteriorating Hotel Grand Bretagne has inspired the German authors of the exciting story „3 × 4 Pfötchen und das Netz der weißen Spinne“ so that they have dedicated a particularly exciting chapter to the building.

The mystery story for children, young adults and dog friends plays exclusively at authentic places around Lake Como. If you want to learn more about the content, check out the homepage of 3×4 Pfötchen.
You will receive the crime novel as e-book.

I wish you an enjoyable read.
Maybe afterwards you want to see the scenes of the adventure with your own eyes.