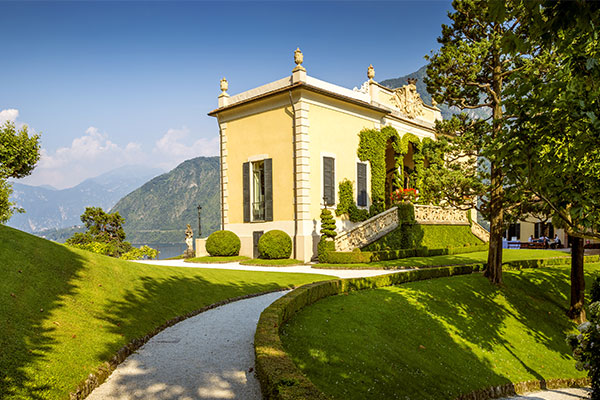 You can also take a walk in the villa’s beautiful garden and visit the luxuriously furnished rooms. The best way to reach the villa is by taxi boat from Lenno.

Count Guido Monzino, His Jubilee and Much More

Count Guido Monzino was the last resident of the wonderful villa. He was the son and heir of a very rich and well-known Italian department stores‘ dynasty. The Count is considered one of the most famous and important Italian explorer. At the same time, he was a restless discoverer and adventurer.

Fifty years ago, on May 19, 1971, Guido Monzino became the first Italian to reach the North Pole with a dog sled expedition. As proof and reminder of this great achievement, he left the Italian flag and a Christian cross at the Pole.

Back in Italy, Monzino was honoured with the title of Count and received an audience with the Pope. 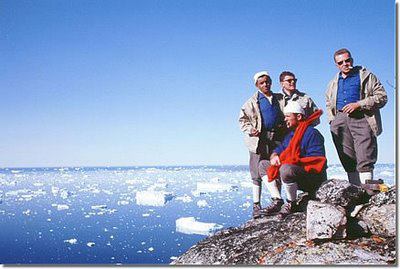 This year, the 50th anniversary of this event will be celebrated at Villa Balbianello.

At the same time, the many other fantastic expeditions carried out by the Count will also be remembered.

In 1958, he succeeded in making the first ascent of Torre Norte in the Torres del Paine National Park in Patagonia.

He also climbed Mount Kilimanjaro and Mount Kenya and travelled several times to Greenland and Chile for research purposes.

His last expedition took him and his Italian mountain companions to the Himalayas on the highest mountain in the world, Mount Everest. Regrettably, he did not reach the summit himself. Because of his heart condition, he had to stay behind in the base camp at an altitude of about 6000 metres, while his Italian team conquered this mountain for the first time.

In 1974, the Count bought Villa Balbianello, retired there and devoted himself to memories and collections from his exciting and adventurous life. 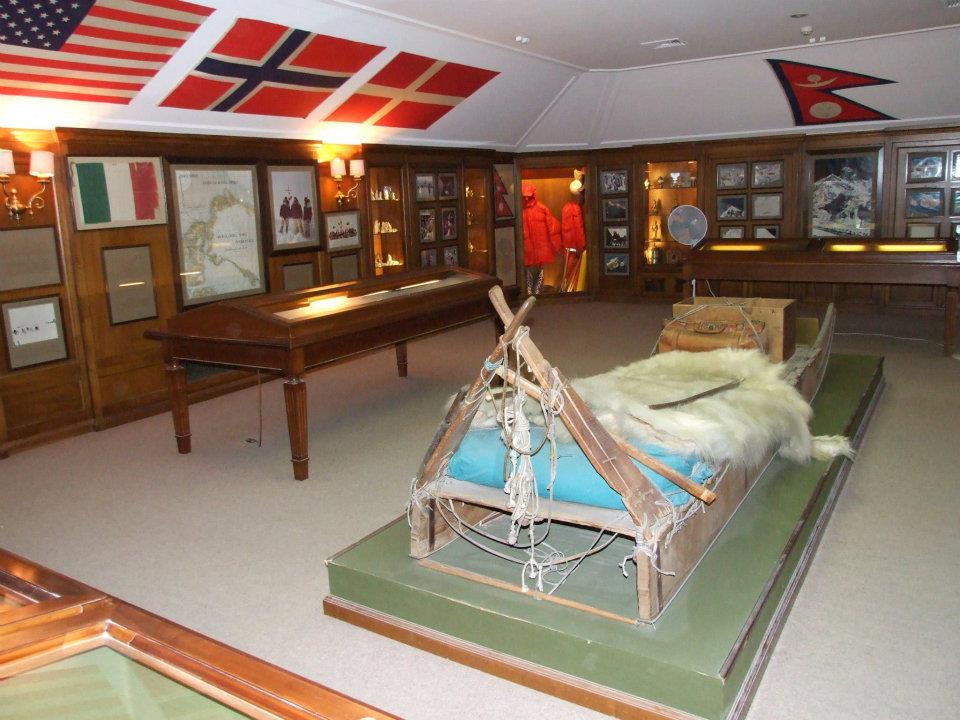 Today, in the attic of the villa, you can see the dog sled with which the count was at the North Pole. There is also his very extensive library, as well as maps, Inuit carvings from the ivory of walruses, Chinese art objects, traditional Masai folklore decoration, Mayan figurines, original Inuit clothing and much more.

Also on display are some personal items, such as clocks and navigational instruments. Further  photographs taken during the expeditions, showing the count in the company of his comrades-in-arms. Of course, the magnificent living spaces and the wonderful garden of the Villa del Balbianello are also worth seeing.

At the age of 60 Count Guido Monzino died of heart failure on October 28, 1988. He left the Villa del Balbianello with all its furnishings, collections and land, as well as a generous sum of money to the Italian Landscape Fund FAI, which has since maintained and managed the property in his spirit. The count found his final resting place in the park of his fairytale estate.

His tombstone reads Qui riposa Guido Monzino – Here rests Guido Monzino, as he had wished, without his title.

Cari amici, May 19, 2021, is the 50th anniversary of the first successful Italian North Pole expedition led by Count Monzino. This is a very special date to visit Villa del Balbianello.

You will be amazed by the fascinating travel mementos of the Count and this paradisiacal place that was his home.