Villa Olmo – One of the Most Beautiful Villas on Lake Como

Cari amici, dear Lake Como friends. Villa Olmo in Como is without doubt one of the most beautiful and most famous villas on Lake Como. The name can be traced back to an ancient elm that once stood in the park of the villa. This tree is said to have been planted by Pliny the Younger.

The Origin of Villa Olmo

In 1782 the Marchese Innocenzo Odescalchi began with the construction of the castle-like villa. He commissioned the Swiss master builder Simone Cantoni, who was famous for his architecture, with the project.

Cantoni was mainly active in Italy and is still considered one of the most important architects of his time. He managed the extensive construction work, which took several years, and created the impressive neoclassical facade of Villa Olmo.

After the death of Marchese Odescalchi, in 1824 the villa became the property of the Raimondi family.

In the following years the villa experienced politically troubled times in which it housed many famous and powerful politicians and military brass. For example, Napoleon, Prince Metternich and Marshal Radetzky were guests at Villa Olmo.
Because of his political attitude, Giorgio Raimondi had to leave his villa in 1848. He did not return from exile until 1859.

Soon afterwards the Italian freedom fighter and national hero Guiseppe Garibaldi was a guest at Villa Olmo. He married Raimondi’s daughter Guiseppina in 1860.

After the wedding ceremony she informed him that she was pregnant by her lover Luigi Caroli. Garibaldi immediately separated from her again. Later the marriage was annulled.

The New Tasks of Villa Olmo

Giorgio Raimondi died in 1882 and one year later his heirs sold Villa Olmo to Guido Visconti di Modrone, who undertook extensive renovations. Among other things, he had built the small theatre (Teatrino), where concerts and other events still take place today. He also designed the Villa’s large English park.

In 1924 the municipality of Como finally bought Villa Olmo and in 1927 organised an exhibition on the centenary of the death of Alessandro Volta.

Since then the villa has been used for various exhibitions and events. Since 1982 the Centro Volta is located there. 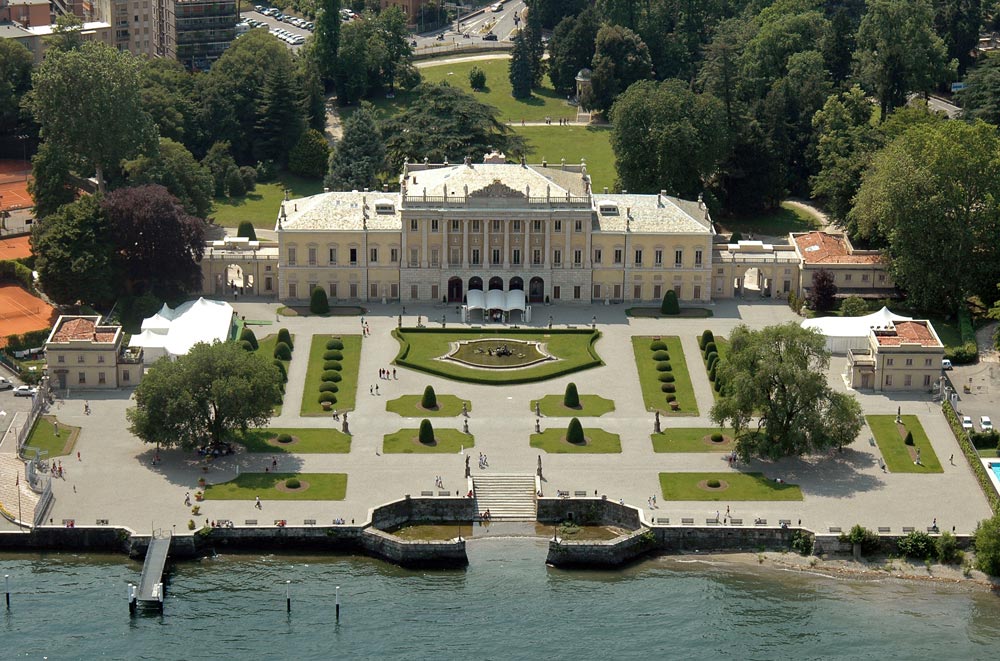 In 2016, the park and the Italian garden of the villa were redesigned. There are about 780 trees in the park, including some monumental plants such as the horse chestnut, the Lebanon cedar and several plane trees.

In addition, about 460 shrubs and bushes were planted. The park is a wonderful example of the English landscape style that spread along the banks of the Lario in the 19th century.
The park is open daily to visitors with free admission.

My tip: Treat yourself to a leisurely boat trip across Lake Como, visit the old town of Como and afterwards enjoy the peace and silence in the wonderful park of Villa Olmo.